“You’re from Australia?”, the question from the cashier in the bank was perhaps understandable, I was after all talking about a trip to Australia and trying to exchange some US dollars to Aussie currency. It’s actually a surprisingly common question. Apparently the Australian and British accents have very subtle differences to the American ear. Unfortunately for the cashier the answer wasn’t so simple, “Nah, I’m British, living here, travelling there (Australia)”, “Oh!” was the slightly embarrassed reply.

This was about 1-2 months ago, just before I was about to jump on a plane for a day as I made my journey to Melbourne. It was about the same time last year I also decided to fly halfway across the world, to Nepal, to hike to Everest Base Camp. This was going to be a markedly different trip, for a start I wasn’t anticipating meeting any electrical wiring which would have trouble passing most health and safety laws, nor was I going to be spending two weeks in the mountains. I was though going to encounter more stunning views and some hiking.

I seem to have picked up a growing habit of finding myself in places I had not anticipated, nor really planned. New York initially, a set of circumstances and a sense of ‘why not’; Everest Base Camp, a perfectly timed suggestion but not a trip I had been thinking about; Australia, always on the list of ‘where I want to go’ but a closer destination always favored. I had a couple of weeks of vacation left which I had been considering using to explore Yellowstone but an invitation to Melbourne, coinciding with other plans to push Yellowstone to next year, created a perfect opportunity to explore and meet up with several folk I knew there.

Departing a somewhat autumnal New York, I was expecting weather to be similar-ish in Melbourne. After a hog of a journey (LA airport, less I need to revisit the better) I arrived two days later (a day I would gain on the journey back to New York later).  Later I would learn that Melbourne is known for “4 seasons in one day”, but arriving in the airport I was taken by how hot it was, about 30C (that’s 86F in American). There was an easy bus into the city and then a shuttle bus to hotels.

Being British, it’s not in our nature to complain. I contrast that with the directness of many folk across the pond who are happily direct. But checking into my room I was taken by the dust and mould/mildew that I had to head back down to the front desk to very politely express my concerns. Despite some blame being directed towards me, “you shouldn’t open the windows it lets dust in” I received a complimentary upgrade to a room which aside from a “is that red wine?” stain on the carpet, was much better.

The first evening, I visited an ex-colleague from London, Moya, for an excellent BBQ courtesy of Jeremy. This also included a brilliant run-down on local recommendations of what to do. A list of ideas further enhanced by Scott and the Sonar crew the following day.

Now, if there’s one tip of how best to enjoy Melbourne, it’s to do so with a coffee in hand. If you think London or New York take their coffee seriously visiting Melbourne puts it into perspective. It’s like thinking Dominos takes pizza seriously then going to Italy. Maybe that’s a little extreme, but the point stands.

A perfect thing to do while exploring Melbourne, with coffee in hand, is to take a street art tour. Before arriving, I knew there was some street art but had no idea it was so big. Having arrived a consistent recommendation was to take a street art walking tour. It was not a disappointment, learning a lot not only about the art but the city too. The peak of the tour though may have been a trip back to the studio, meet some of the artists and see work in production.

This was a great way to kick off the trip and a relatively calm way too, especially because the next few days were going to be pretty packed. Which is a great subject for another blogpost…

In the meantime scroll through the Flickr images below for more on the tour: 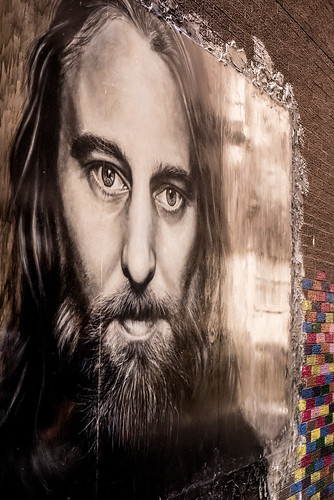