A good place to start my second post will be to drop back to January where things really kicked off.

I had been aware of a potential opportunity in New York for a while thanks to Judy, my now manager in NY and ex-colleague from London, with her regular nudges about how great New York is. I had never taken the idea particularly seriously though – I loved London, enjoyed my job had a good bunch of friends etc.

Then just before Christmas my housemate and I decided to move out of Ealing – where I’d been living since I moved to London. This was something I had wanted to do for a while, Ealing felt so remote and cut off from London. I had a lot of friends in North London and it was close to both offices (Mornington Crescent and Farringdon). I had limited amount of time to find a new place since we had given notice to the landlord of the Ealing flat to move out by January.

I’m sure many people appreciate the difficulties of flat hunting in London (and New York – more on that another time!). I focussed my attention on SpareRoom.co.uk – I wanted to move in with some randomers and try a different type of flatshare. I saw several places around North London, several warehouse conversions and a couple of standard houses. The successful place was actually my first choice once I got out of the tube I realised it was literally 2-3 minutes from where I had played badminton on a regular basis. The area was amazing – Holloway Road, close to Islington and the rest of the city. 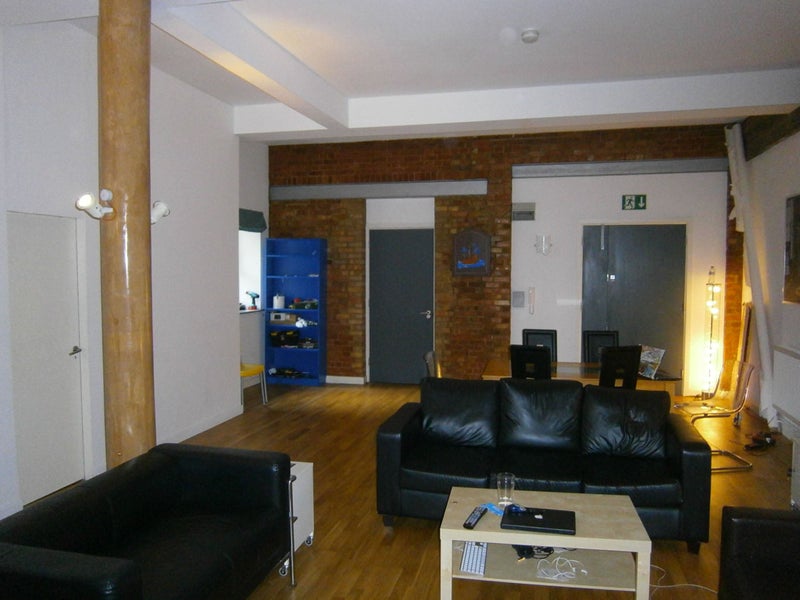 The flat itself was a big converted warehouse with about 7 doors to get through to get into the flat (Another story on that another time!). It was a share with 4 other people. So very different to what I’d been used to. The flat had quite a high turnover of flat mates – by the time I left I’d lived with about 7-8 different people.But the location made up for everything and I discovered when the tube strikes occurred it was actually walking distance to work which I took full advantage of.

I think the best way to describe it is an awareness, of the fact that the fiscal year of the client I was working on ended on June 30th. I think with that knowledge if factors had been different I may have stuck it out in Ealing till then rather than go through the hassle of moving. I wasn’t expecting to leave but at the same time I wasn’t sure whether there might be some opportunity at the end of the fiscal year to work abroad for sometime. I’m glad I moved though and experienced Islington as it probably led to the most active social life I had while I lived in London. The housemates were always surprised to see me, and me them when we were all in the flat at the time. A strange situation when you’re living with 4 other people.

It was my first one to one I think after the Christmas break with my manager when I found out about the opportunity. He had just been to Seattle for a global department meeting. One of the first things he said in our 1-2-1 was and I’m sure I’ll always remember these exact words ‘If you’re interested, the door is quite firmly open right now’. That is the moment when I really took the opportunity seriously. But at the same time, I’d just moved flats and wanted to live in North London for a while.

I took a week or two to think it over, I talked to a few people about it, gauged their reaction as well as words. Had a chat with Judy about the role itself. The overall consensus and I remember Mr Herron telling me in the Craft, ‘Why not?’. He said in quite a to the point, serious yet confused way. This is my other very clear memory of what people said when I was asking. It was a kind of “What the hell are you still doing here” tone. In retrospect that was exactly what I needed. At the time I was still on the fence and wasn’t sure about the advice. Asking my parents about it came up in a very different way, the regular weekly phone call with the parental units and their question ‘We’re looking at booking a holiday in Devon, should we factor you in?’. My response was something like, ‘Erm, June? Right um. Well I might be moving to New York then.’ Quelle surprise.