Yesterday afternoon, 13.86 days since I had landed in JFK and after many suggestions and much encouragement (sorry fellow Analysts I can’t exactly quantify this) I registered what was to be my blog – www.notthatsamfox.com. Before I left London I was told by several people I should start a blog and it’s happened too since I’ve been in New York. Given the journey and challenges it took to get it here and the subsequent allied stories it seemed like a good idea to document this. To that note, this is at least the initial purpose of the blog; to share, record and recall some of the key moments  in moving from London to New York. If all goes to plan and I still have time and patience for writing after documenting the journey itself, I will continue to share  some of the stories post-arrival. Now the initial introductions are out of the way, this first post is also going to explain some of the expected and already asked questions.

Q: Why did you choose this name for the blog? A: For better or for worse, I have discovered over the years I share my name with quite an illustrious list of people. OK maybe not illustrious, at least not in the main. Certainly among certain crowds (and demographics) they are well known though, acknowledged for their achievements or place in pop culture.

Sam Fox. In the UK most famously known as the former Page 3 model. Something which was picked up quickly during school years when computers were less accessible and you made the most of your hour in the IT room by Googling (or maybe then it was AOL, Alta Vista, Yahoo!) yours and other classmates names. Much hilarity ensued when it was discovered that the .com domain of my namesake was blocked by the school networks.

This followed me through many temporary warehouse esque jobs during university summer holidays. You find yourself working with a certain line of people where much banter was always shared over the vast contrast between this teenager and his blonde namesake.

In fact this also followed me to my early career. First of all I was a massive disappointment to the IT department when I started at ZAAZ  who had eagerly looking forward to ‘Sam Fox’ starting. Then my first client meeting with Land Rover at their offices, the security guard was very disappointed at a much more ‘flat chested’ person than he was expecting. 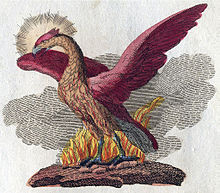 *08/25. It was brought to my attention this weekend that there is a restaurant entrepreneur, also going by the name Sam Fox. I am also not he. A little bit of research into this namesake shows he had a busy 2013, failed to crack the top 10 unlike some other Sam Fox’s and has also inspired a new verb – “Fox-ified”. Although he has a job that doesn’t begin with the letter “P”, he is from Phoenix which gave me my only hope of fitting him into my love of alliterations. Unfortunately the title of the blogpost does now read to suggest there is a profession of people who train phoenix’s.

Q: Did you consider any other names for the blog?

A: Yes and no. Yes there were several suggestions. No I can’t tell you how seriously I took them. A few that spring to mind included puns associated with ‘Uncle Sam’, a nod towards the strange cult music hit ‘What did the Fox say?’ and a tip of the hat to Roald Dahl. I also considered some sort of reference to Google’s Page 3 being the most likely Page 3 you’d find me on. In the end and those who worked with me on Microsoft will laugh at this, I wanted something scaleable. If I ever decided to blog about something other than New York I wanted the blog URL and title to still be relevant.

Q: Can I receive anonymity?  A: Yes bribes are happily accepted. US dollars only though I’m afraid.

A: I’m going to aim for one post a week and we’ll go from there.