I arrived back in the UK on the 12th May, which meant there was just over a month left until my departure..pending my VISA. Enough time to fit in several leaving do’s and a few other things as well..

The day I landed I had agreed with a couple of lads from work to and watch Ledley King’s testionial (Spurs vs Spurs Legends) at White Hart Lane. I wasn’t sure at one point whether this was a good idea, I only had an hour or two nap when I landed before coming into work and hadn’t slept on the plane. However with the help of coffee I made it through and the match itself was good fun with all the players and referee taking it very light highted. Edgar Davids and Howard Webb were the highlights..

Aside from all this fun was the more laborious but, more important, VISA application. The company had a group of lawyers who deal with all the employee transfers between offices so there was plenty of paperwork that had to be done with them. As part of the VISA you have to prove you have skills/experience/knowledge which cannot be fulfilled by someone in the states. Then a description of your current duties and various other pieces of information. The process is definitely made easier by being a WPP employee, since the company certainly has processes in place for transferring employees. Still the paperwork was hefty.. 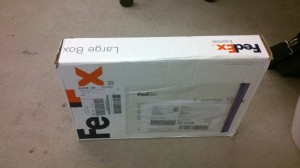 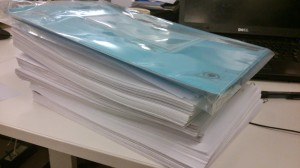 The interview for my VISA was on the 28th of May at 9.30am. There was no chance I was going to be late for this one, I got a taxi there with all my paperwork and arrived in plenty of time.  This time it was out of my control. Now, we Brits pride ourselves on our ability to queue or create queues. Now I’m sorry but the Americans have definitely cottoned on to this ability. Maybe because it’s on British soil but the queue(s) at the Embassy were huge. The taxi  went right round Grosvenor Square and I guessed the queue was for the embassy but the driver didn’t cotton on. Instead he stopped at another building and asked the doorman where the embassy was. The doorman pointed at the queue.

Now what’s impressive with the queue, was before you even got into the security building there were two queues outside. One was in-fact a queue for a queue. Americans, always trying to out do everyone else. The weather that morning did not look at all optimistic and I wasn’t feeling very optimistic to make it into the embassy without getting drenched, especially when it started raining. At this point a small haggle of suited people came walking down the queue with a camera and handing out umbrellas. One of the suited people was Mr Matthew Barzun, the US Ambassador. He stopped where I was, offered me an umbrella and had a quick chat with me – asking my name, what my job was and where I was hoping to move to in the States! He then shook hands with me and went on his way. Definitely unexpected and when I mentioned this to the lawyers they’d never known of anyone having this experience.

One of the people behind me in the queue was a bloke who apparently regularly came to the embassy to renew his VISA. He informed a few of us that the American Embassy was trying to improve its image after pedestrianising part of Grosvenor Square, which had annoyed locals and taxi drivers, the umbrellas and filming of this was likely a play to help improve their image.

Once inside you could be anywhere. You sign in at the desk, get given a number then take a seat and wait for your number to be called. From all the papers you can see above, all I had to provide was about 5 sheets. Seriously what a waste of paper and hassle to carry. After this you have to pay an “anti-fraud fee” at another window (more queuing). Then you have to wait for your “interview”. I had no idea what to expect, I didn’t expect to get approval or denial that same day or how long or formal the |interview” would be. It turned out to be about 2 straight forward questions and then a smile and a ‘You’re approved’.

The whole “interview” lasted about 3 minutes. All of that waiting, queuing, signing, anticipation, consideration it would have been an incredible anti-climax if it wasn’t approved. It was the most exciting moment, understandably, though surprised myself how excited I was when I heard the words ‘approved’.

I celebrated in a muted way, I had previously without planning for it being the same day, bought a ticket to see Jeremy Messersmith that night. A lesser known artist I had wanted to see for a while, it was my second gig I’ve been to in a church. This was a much bigger church and less full. An excellent gig and afterwards I waited around to buy the CD and get it signed. I asked if he was playing any gigs in New York in the next month and he mentioned he was and was I from New York. I explained the situation and he offered me a free entrance to his New York show! Unfortunately this was just a few days before I arrived. Still, what a great offer and gesture. Clip below is from the gig, complete with audience participation. For me, the next thing now was to start preparing fully and organising some leaving do’s..