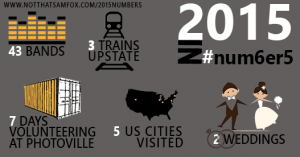 With 2015 well wrapped up and my unsuccessful attempts to keep this blog upto date, I am changing tact to come back to course. So, here is a wrap up of the last year in one blogpost, in numbers. Therefore in appropriate analytics esque fashion, click through for 2015 by numbers… 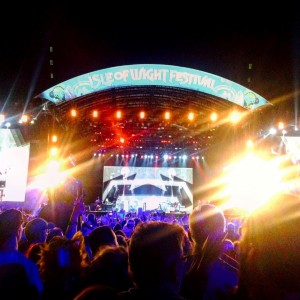 43 bands live. At least. May have lost count or forgotten one or two but 43 at the last count. Just over half of those I saw at the Isle of Wight festival with old school friend Naz, the peaking highlight almost certainly Sunday night headliner Fleetwood Mac. Biggest disappointment from the festival, because we’d missed them at least once at another festival and their recorded stuff is decent, were The Courteeners. Best surprise from the festival were The Struts, to the extent I then saw them again outside of the festival in The Bowery Ballroom in New York. 43 bands deserves its own blogpost so I will go into more detail on them another time.

7 days volunteering at Photoville. Having discovered it last year, I decided to volunteer this year. It was a lot of fun, meeting some great people, two of whom I met up with again for a walk and shoot along the Highline later. It was a nice way to get involved in the New York community and from being in an office job all day and sitting down it was nice to be standing up and being outside for the whole time. Though it was volunteering we were provided with a free food voucher for the Smorgasburg food stands which were at the event. 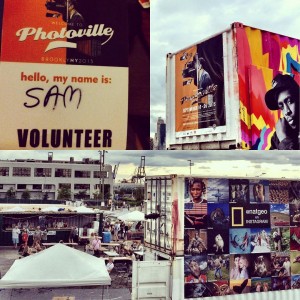 My particular highlight of the event from a non-volunteer perspective was a talk on being a photographer in a war zone and how to stay safe. One striking story/quote was someone describing how they would never share a ride with someone who hadn’t taken a particular first aid course or had a particular first aid pack – when your life could be in the hands of the person next to you they truly are life or death decisions, but emphasises the importance of the right training,

2 weddings, both with a slight international twist. 2015 kicked off with a wedding in Dublin. Justin, a friend from my Portsmouth university days married Caroline, a fellow Brit expat living in Dublin. One of the highlights of the wedding was a Pub Quiz (US translation: Trivia) at the dinner with the questions having a focus on the married couple. The tables also turned on the married couple when they were invited to the front to simulate the Mr and Mrs gameshow. An unusual but fun twist to the wedding. 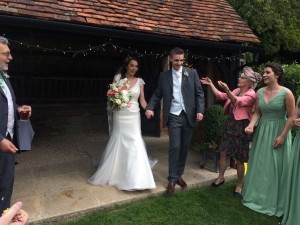 The second wedding came about six months later, in June. My sister, Jo, marrying Northern Irishman Connor, in a local church back in Wantage. Aside from the Northern Ireland connection, the wedding brought relatives from across Europe and as far as Brazil and Japan. The reception was held in a local converted barn, a particular highlight for me was the food. America is well known for its love of bacon (bacon flavoured chewing gum?!) yet is unfamiliar with brown sauce (it seems only known in UK, see this Reddit thread), later in the evening at the reception bacon sandwiches and brown sauce were brought out to cap off a great day.

3 parades. I’ve written before about the love affair New York and America has with parades. This year I managed three parades – the Easter Hat Parade (I can’t believe that I’m writing that/it exists); my second Halloween Parade; and my second Thanksgiving Parade, though first in Philly. 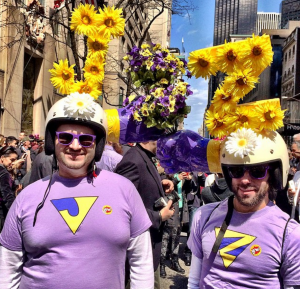 3 trains out of Grand Central to explore upstate. Two of those occasions I turned up and picked a destination from the departure board and bought a ticket. The first time I ended up in Beacon, in the peak of the New York winter. Exploring a modern art gallery. I am fairly open minded when it comes to art but this stretched my imagination. My thoughts around one piece of art I think largely summarise my overall feelings towards the gallery. A pile of glass shards, “assembled”, on the floor next to a sign which read: “please don’t touch the art”, left me still wondering if the pile of glass really was the art, or if someone had touched the art resulting in it breaking into a hundred pieces.
Otherwise the place was quite scenic if incredibly cold – to the extent I was wearing gloves on gloves as well as socks on socks on socks. Second train took me to a national park – Croton Point, which was fairly bleak in all honesty. The third trip led to me, not entirely purposefully, climbing a mountain, ominously named Breakneck Ridge.

5 US Cities visited. Continuing the travel theme, the year started off with a trip to Cincinnati for work, as part of our regular company days I had to present a recap to the Cincinnati office on a workshop I attended the previous year. Highlights of the trip included staying in an arty hotel with yellow penguins, my first ice hockey match, a couple of free gigs in a bar, and some excellent Cincinnati food including fried chicken and a chili recipe called a “Four Way”.

Second city I visited was Salt Lake City, home to a large population of Mormons and also very wealthy Uber drivers. I saw my first Basketball game here, complete with pyrotechnics and cheerleaders. The whole place was very unlike anywhere else.

For my birthday I bought myself a trip to Chicago and tickets to see Manchester United play Paris St Germain in Solider Field, home to the Chicago Bears football* team. It was my first time seeing Man Utd live since I’d moved to America, unfortunately we lost the match though in terms of amount of fans we definitely won out. I actually noted most of the highlights of the trip in a blogpost, though part two was never complete, in summary the highlights were an architecture boat tour, then some live music (a gig and some incredible blues) and glutinous food in the form of Italian beef sandwich, chocolate cake milkshake and of course the famous deep dish pizza.

My penultimate trip was both a work and leisure trip, to Boston. My parents had also decided to take a trip to Boston and I’d arranged to join them when I learnt I was to attend a conference in Boston the following week, so I was able to save on travel and extend my stay. Boston felt very European compared to other American cities I’d visited or in the case of NYC lived in.

It was perfect autumnal weather the whole time and staying in Beacon Hill the city looked even more scenic. There were a lot of highlights but in particular The Freedom Trail was a great education in the war of independence and history of America. A trip to see Harvard University was a must to do and particularly enjoyable given the colours in the yard. Another highlight which I hadn’t expected to do in Boston was a whale watching trip. While not wholly successful we did see some fins and overall it was a fun experience, at the end due to only seeing fleeting glimpses of whales we were given vouchers for a free second tour, with no expiry date – so watch this space potentially!

The conference brought the unexpected role of participating in a panel discussion with a few other WPP colleagues, which was surprisingly fun. The conference also supplied fantastic entertainment in an exclusive and impressive Aloe Blacc concert.

The final city, visited over Thanksgiving, was Philadelphia.

This might be my favourite city I visited over the past year. There was plenty of history to explore, not to mention the oldest Thanksgiving parade.  Having already educate myself to a greater degree in Boston on the battles for independence, it was interesting to continue the story in Philly through historic buildings and monuments including Liberty Bell, first US bank and a World Heritage Site, Independence Hall. From Boston to Philly it was interesting to see what bastards us English were at times!

Unrelated to those sights, but perhaps the highlight of the trip was the Eastern State Penitentiary. Home to Al Capone at one point and visited by Charles Dickens it was a well spent few hours exploring.

A colleague, Gwoo, joined for the day to explore Philly and aside from the prison, we managed to take in the Rocky steps (complete with Rocky lookalike posing next to Rocky statue), oldest street in America, lots of walking and a glorious Philly Cheesesteak (kudos Ryan great reco).

Other highlights from the trip included the “Magic Gardens”; a maze of various matters turned into multiple mosaics, a gig with New Politics and Andrew McMahon; more on gigs later but definitely near the top of the list for the year, Christmas markets and mulled wine and lastly prior to getting on the bus back, a great burger (kudos again Ryan) with a side of random conversation with a local about the British Royal Family – in particular my perception of general ambivalence towards them.

To wrap up with a few other highlights from 2015– my second US Open match, (third time in total seeing Federer) with fellow expat and colleague Matt; my first New York winter, complete with frozen fountains, snow days, “amber warnings” and blizzards which didn’t happen (Oh how that’s changed!); a dog show in Madison Square Garden (never thought I’d go to a dog show and only thought I’d go to MSG for a gig, obviously apparently not); a successful Pictionary drawing of a British elephant; and excess of 1000 hours of Spotify consumed.

Finally, I suspect a lot of people are familiar with stories about the jukebox in my local pub in Wantage, The Oak, at the end of every night we used to put on the Proclaimers “500 miles” and do our best (at least best slightly non-sober attempts) to at minimum join in the chorus. With the best guess of how far I’ve walked/run in 2015 being 2,029 miles, the fact I haven’t fallen down at anyone’s door, yet, makes me think that perhaps 1000 miles isn’t really worth singing about

*In this instance ‘football’ does refer to the American sport.

Credit to Freepik for the vectors used in the infographic